I won't be gentle: French series usually suck. Lack of budget, of creativity, of daring combined to a small-ish conservative market do not help big successes. Spycraft isn't usually a good choice when it comes to French works too, for the relation we have with spies and espionnage is... less than appreciative, let's say. So most French spy movies are comedies and parodies: for example, True Lies, with Schwarzenegger, is a US remake of the movie La Totale with Thierry Lhermitte. So trying to make a spy series in France is kinda suicidal.

But then comes Eric Brochant, who wants to make a high-profile series on the DGSE, the French foreign intelligence service. And oh fuck does he succeeds. A series that gets a litteral ovation in the DGSE's office where the first episodes were shown before anywhere else, that gets lauded by all critics and that becomes a huge commercial success. That series? Le Bureau des Légendes or, in English, The Bureau. The first thing you'll notice if you grab it on iTunes (do it, it's definitely worth every cent) is the complete absence of dub. But when I mean complete, I mean it. The French will talk in French, the CIA or NSA operatives will talk in English, the Syrian spies, the al-Qaeda terrorists or the Daesh scum will talk in Arabic (as will some of the spies talking to them), the FSB personnel will talk in Russian, the Iranian characters will talk in Farsi and the Mossad crews will talk in hebrew. The only difference between the French version of the series and, say, the English, will be which dialogues are subbed and the language of the subs.

It's batshit insane and it works wonderfully because it's reality in modern spycraft, where language is a crucial part of communication, both to recognize people and to hide content. 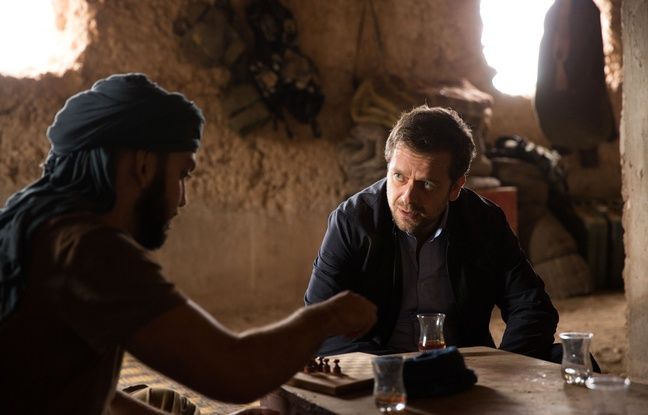 The story? It follows one particular service of the DGSE, that sends its operatives in long-duration immersion in other countries. These operatives will have a fake identity, a fake previous life, fake habits, that they will have to keep under any kind of pressure. Students, scientists, teachers, they're just going to live and work in environments where the DGSE wants to have spies. They will not be spies by themselves, but they will find who the service can turn, who can be convinced to introduce a USB drive in a secure network, and befriend the people so well the recruiters will know exactly which buttons to press to turn a local into a source, without ever realizing their French expat friend was an operative. No gunfights, no explosions, just befriending people to better manipulate them into taking deadly risks for another country. 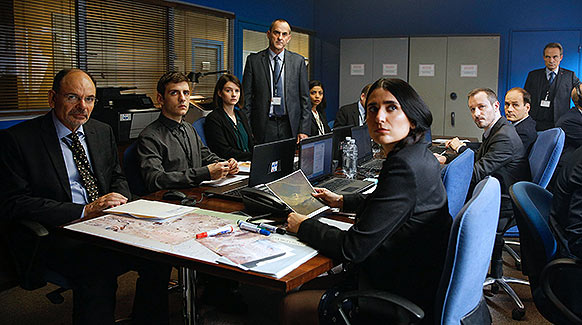 This service exists in real life, its undercover missions are just shorter than the years-long ones described in the series.

Here comes Guillaume Debailly, alias Paul Lefèbvre, codename Malotru. Coming back from years in Syria as a teacher in a French high school there, his mission was a stunning success with numerous contacts taken in the war-ridden country. The rising star of the service, eyed for promotion, he faces two crises:
1) The DGSE's undercover operative in Algeria vanished and noone knows whether he was captured by Islamist terrorists there, if he blew up his cover and was arrested by the counter-intelligence services or anything else. They have to find him and get him back safely.
2) A woman he had relations with, in Syria, just arrived in Paris possibly to help for unofficial negociations between the Assad loyalists and Syrian rebels under Russian arbitration. And he wants to get back with her.

It's 24, but with real-world issues and threats, with a realistic focus on characters, places and technologies and top-notch writing with no idiot ball. The Daesh higher-ups are professional, dangerous and do not make obvious mistakes - those who did got droned years ago. The CIA is effective, professional and extremely well-equipped, entirely willing to "sell" drone strikes to the underequipped French in exchange for human-sourced intelligence, cancellation of annoying operations and the such. Assad's services are merciless and far from stupid. Russia is on the level of the best Cold War spy stories. Iranian services have not survived this long, surrounded by enemies, by being idiots. And the list goes on and on. You see chess games with eight to twelve players, all of whom will make and break alliances depending on their needs. If the DGSE has to pay an al-Qaeda recruiter to send a kamikaze bomber on a Daesh target, they'll find an AQ recruiter who hates the other scumbags well enough. If Assad can get valuable enough intel or leverage, he will buy a US "accidental friendly fire" airstrike on some rebels. People are pragmatic here, and DGSE operatives will not hesitate to entirely ruin the life of French citizens who just happened to be in the way of one of their operations without being aware of it. And as for the interrogation scenes... let's just say that Jack Bauer meets his match during Season 4 of The Bureau, with a small overweight bespectacled bureaucrat who is probably the most awesome interrogator you'll ever see. With no violence whatsoever.

Season 1 is focused on Algeria and the Syrian Civil War.
Season 2 and 3 are on two subjects. First, Daesh and the tracking/neutralization of high commanders or executioners. Second, Iran's nuclear program and cyberwarfare.
Season 4 is focused on cyberwarfare and Russia.

Trailer for Season 4 (so with a couple of spoilers): 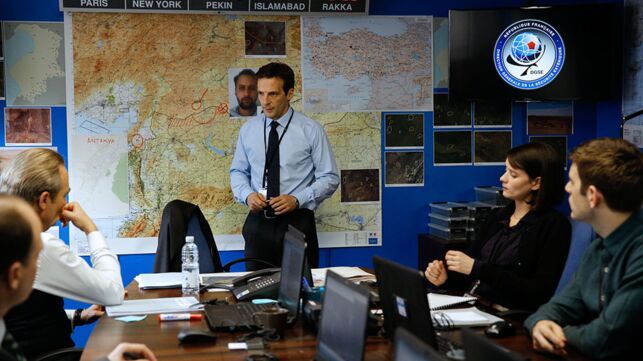 Here's a critic of the series:
https://www.vulture.com/2017/06/the-bureau-sundance-tv-how-to-watch.html

Give it a shot, people. It's so much worth it.

EDIT: links to buy DVD on Amazon with English subs, Zone 1 and Zone 2.

Author
If we had informative likes, then I would be putting it down post-haste Rufus... this is something that I'll need to look up and watch.
Lightning Count laying down what is and isn't canon in Babylon 5, read it, watch it, and understand that, yes, practically all the EU is part of B5. Lighting Count also describing how the Interceptors work.

Warringer said:
Is it available outside of Apple?
Click to expand...

You can order the DVD from France, the series’ name is Le Bureau des Légendes. Remember what I said about there being no translation convention? Well, that means there is no need for a dub, just English subtitles where needed. And it seems that this Season 1 to 4 pack has French and English subs: https://www.amazon.fr/Bureau-légendes-Saisons-à/dp/B07GJ397DF

Here too for Zone 1: https://www.amazon.com/Bureau-Season-1-Mathieu-Kassovitz/dp/B01FT0ZNVQ

It is indeed a really good series.

Something new for my library of movies and tv shows. Cool. Thanks, Rufus.

Hottake: Being cynical doesn’t automatically make you smart, sometimes it makes you a smug asshole.
Click to expand...