Back in 1948, the journal Physical Review published a paper entitled “Space-Time Approach to Quantum Electrodynamics” by a young physicist named R.P. Feynman at Cornell University. The paper described a new way to solve problems in electrodynamics using matrices. However, it is remembered today for a much more powerful invention—the Feynman diagram, which appeared there in print for the first time.

Feynman diagrams have had a huge impact in physics. They are pictorial representations of the mathematics that describe the interaction between subatomic particles. Mathematically, each interaction is an infinite series, so even simple interactions between particles are fantastically complex to write down in this way.

Feynman’s genius was to represent these series with simple lines in a graphical format, allowing scientists to think about particle physics in new and exciting ways. 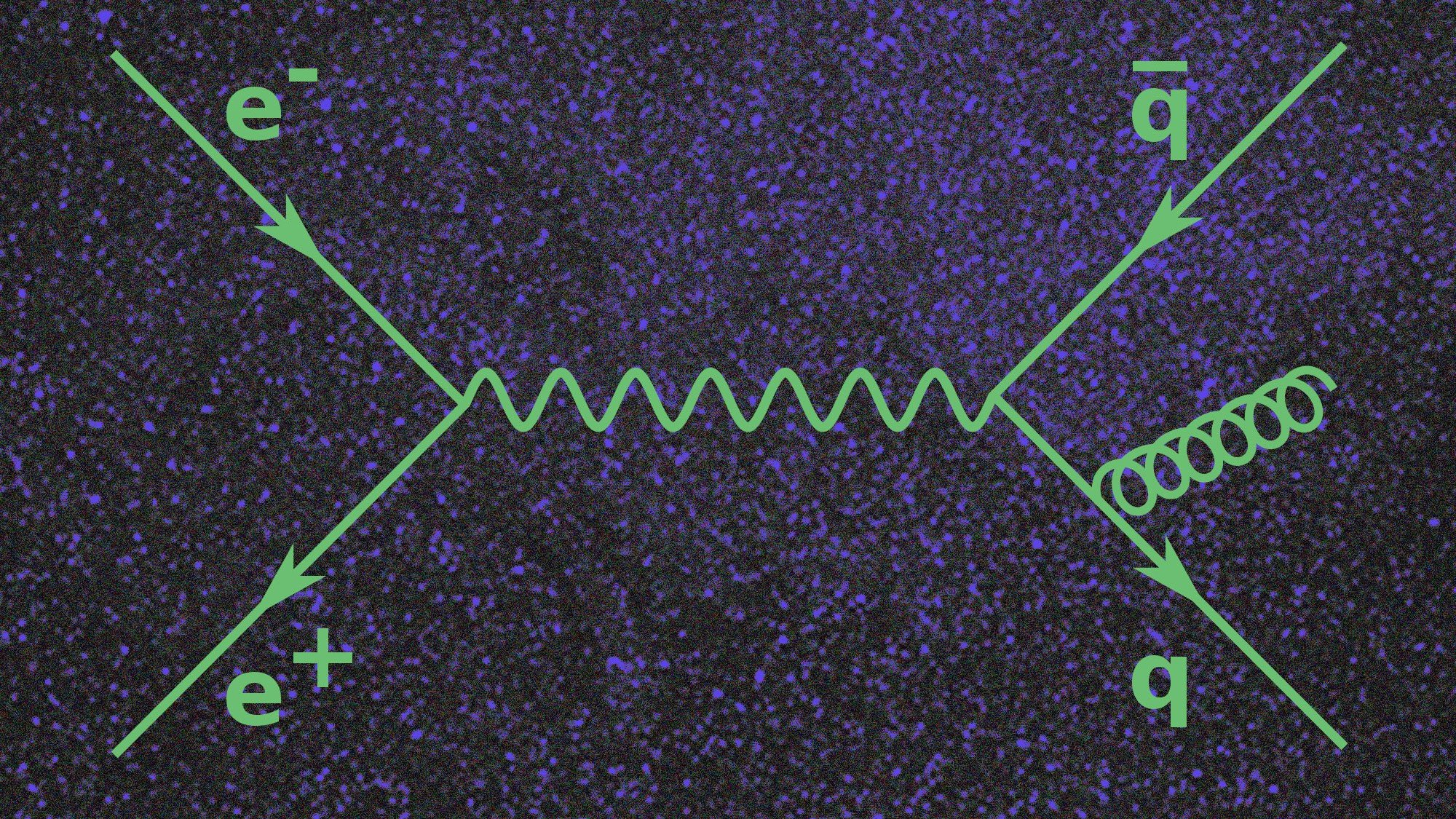 Administrator
That seems like basically Penrose notation applied to Euclidean 3-space (which was in a sense an application of string diagrams applied to tensors), though not exactly the same, cross-pollinated with birdtracks.

For example, in II.B the notation for the Kronecker delta is different from Penrose's but instead corresponds exactly to Penrose notation for the metric tensor, which makes sense because generally the metric tensor is produces the inner product, and in Euclidean space in Cartesian coordinates is just the same as the Kronecker delta. Meanwhile, in II.C the main difference between the two for the cross product/Levi-Civita is that for various reasons Penrose has an extra factor of i, which is sometimes more convenient for various sign reasons (also corresponding directly to e.g. physicists' Pauli matrices, quaternion multiplication, or geometric algebra). The snapping rule is essentially the same in Penrose, birdtracks, etc.

Ok, I don't want to rag on this too much because it does seem neat and it may be useful to someone. But if one opens with analogies to Feynman diagrams, the bar is implicitly set very high, and this falls so far short of the invited expectations the articles, that it starts seeming like a very bad joke. Sorry, but that's just the way it is. The notation is by design extremely limited, with its domain of being Euclidean 3-space, and the problem with the implied promises of revolution in practical calculation is that it is much narrower in applicability than much older, pre-existing graphical notations, of which it is effectively a simplification. In other words, if one tries to advance this further to gain some deeper understanding of more abstract things, one would find that has already been done by older, more powerful notations.

Another aspect of this is that... well, I don't think many physicists are particularly confused by vector calculus in Euclidean 3-space. Losing a coordinate index is indeed a pain, but physicists don't need that in E³, and if it's E³ that's a problem, there are much more generally fruitful alternatives to using indices at all. So in effect one would be learning a very similar but different and incompatible notation to others, and it's the others that are designed to deal with the things physicists would actual have practical trouble with: tensors in more abstract spaces than just E³.

To be fair, my annoyance with it is mostly the fault of the media article than the original paper. On the other hand, the original authors would have had to honk their own horn a bit too much in order for the journalist to produce such a piece, so...
You must log in or register to reply here.
Share:
Facebook Twitter Reddit Pinterest Tumblr WhatsApp Email Link
Menu
Log in
Register
Top Bottom