Actual Science In Psychology (yes, Rufus, it really does exist) 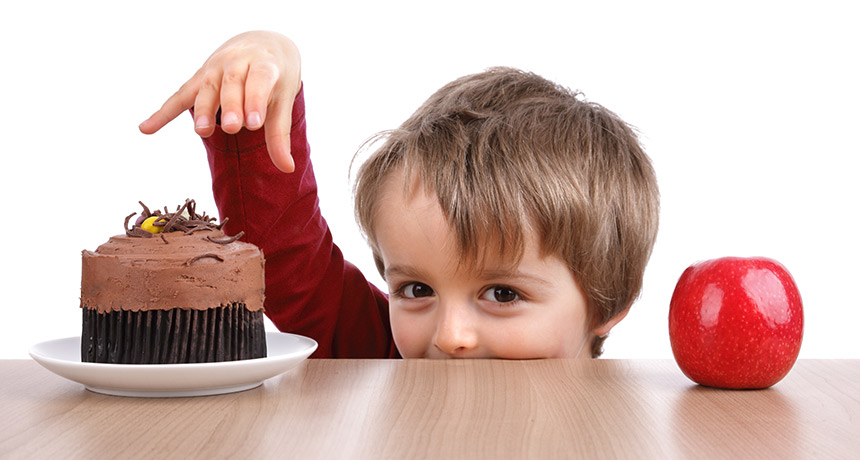 Toddlers tend to opt for the last thing in a set, so craft your questions carefully

California, Irvine, asked 24 1- and 2-year-olds a bunch of two-choice questions, some of which involved a polar bear named Rori or a grizzly bear named Quinn. One question, for example, was, “Does Rori live in an igloo or a tepee?” Later, the researchers switched the bear and the order of the options, asking, for example, “Does Quinn live in a tepee or an igloo?”

The toddlers could answer either verbally or, for reluctant speakers, by pointing at one of two stickers that showed the choices. When the children answered the questions by pointing, they chose the second option about half the time, right around chance. But when the toddlers spoke their answers, they chose the second option 85 percent of the time, regardless of the bear.

This abundance of second options selected — a habit known as the recency bias — might be due to the fact that young children have trouble holding the first option in mind, the researchers suspect. Other experiments showed that children’s tendency toward the second option got stronger when the words got longer.
Click to expand...

Real world benefits come from improving training for parents. By intentionally offering choices based on recency bias in early years a parent can better form beneficial habits and positive behavioral growth. Like one of the grammatically incorrect examples made in the report, “Did you hit your sister on purpose or on accident?” (it's "by accident", you simpletons!), a small child can be either led to believe that their actions were not their fault, or that they need to accept culpability (moreso if you use larger words that trick their little brains, like "culpability").

While the bias does switch into primacy bias within only a few years (first item of a set has a stronger acceptance), helping parents and other caregivers adopt two styles of offering instructional sets to minors based on age could lead to the production of fewer entitled little shits (that's the scientific term) who fall behind in developing social skills and adhering to behavioral norms in society.

Some people hate kids. Mostly because those kids were not raised right. But as much as some may prefer to have a society filled with robots, children will continue to be a necessity for the human race to survive. By getting rid of the fallacy that parenting skills once learned can be applied in the same manner throughout childhood development, those little people can be better programmed to be more like those nice obedient robots and not a destructive influence on society.


Just because there is a bias flip in almost every person does not mean that there will not be some exceptions to the rule. Trumpy is well known for taking the last presented option, for example. This tends to also happen with some in advanced age as their mental faculties leave them and they have a harder time comprehending or remembering what was said. But with Trumpie it is really is most likely just stupidity.
I will survive you all.

What distant lies are hidden told,
Past the ears and into the soul.
What pain must be brought,
By good that thinks nought.
B

Or as Austriaball would say, is of problem with Papa und Penis.

Many would disagree and pretend that things like profiling or measuring tells are just lucky guessing, and that people are impossible to predict since there is not 100% accuracy all of the time (as though any other science does not have variables and margins of error).

Just what we thought they would say.
I will survive you all.

Is it still normal to see charts with linearity coefficients of less than 0.5 claiming linearity?

Inquisitor Solarion said:
Is it still normal to see charts with linearity coefficients of less than 0.5 claiming linearity?
Click to expand...

It’s still a linear function if it has a constant slope.

However, in the social sciences you still need some way of rejecting the null hypothesis higher then 0 or you lack veracity.
Spammer Kill Count: 2

What distant lies are hidden told,
Past the ears and into the soul.
What pain must be brought,
By good that thinks nought.

The one and only Lord of Mutton Chops.